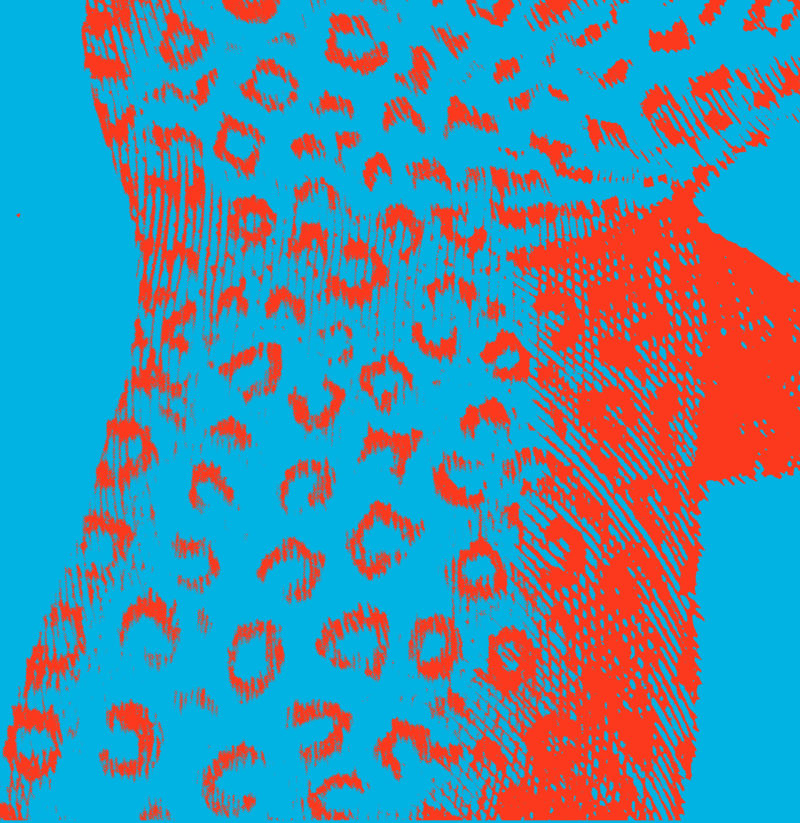 The Eastern Daze festival — a collaboration between Vooruit, Kraak & Sound in Motion — is having it’s third edition. For three days art centre Vooruit will be the centre of hypnotic and adventurous music with a healthy disregard for genre, nationality and other artificial constructs.

This year we will flow from deconstructed exotica to whispered Sahel blues to brutal DIY-drones to spaced out minimalism. And with kraut rock legend Manuel Göttsching performing his masterpiece ‘E2-E4’ for the first time in Belgium, we have a once in a lifetime experience lined up.

Giancarlo Toniutti is an electro-acoustic composer, anthropologist and visual artist living and working in Italy. Ever since the very early eighties he has been steadily building a completely unique ‘universe of sound’ through detailed tape collage and analogue sound synthesis. Toniutti’s solo work is well revered and for good reason; his 1985 album ‘La Mutazione’ is regarded as a missing link between the dark cosmic electronics of Klaus Schulze and Tangerine Dream and the early noise esthetics of Whitehouse and Nurse With Wound. Next to his solo work he collaborated with kindred spirits like Andrew Chalk and Conrad Schnitzler.

For Eastern Daze III Toniutti will do an exclusive quadrophonic performance of his 1986 ambient masterpiece ‘Epigènesi’, a concept album dealing with new forms of languages and — in a way — new types of humanity. Expect to be taken on a trip to far away forgotten cultures that might never even have existed in the first place.

One could easily say US experimentalist Spencer Clark is the ultimate shapeshifter. Notorious with ‘partner in drone’ James Ferraro as The Skaters or on his own under hilarious monikers like Monopoly Child Searcher, Vodka Soap and Black Joker amongst many others. Under his latest alias Typhonian Highlife he recycles the trashcans of forgotten eighties electronics and adds a heavy dose of new age mysticism and vhs-induced fever dreams. His record ‘World of Shells’ — out now on the Belgian Kraak-label — is a masterclass of dystopian exotica. Yes, that’s a genre now.

At 70 years old, Mike Cooper is a highly inventive bottleneck slideguitarist, a veteran of the music world and a fearless world traveller. During the sixties he was one of the upcoming stars of the British Blues and Folk boom, next to six string heroes like John Martyn, Michael Chapman and Roy Harper. He moved towards more unexplored territory on records like ‘Trout Steel’ where he combined country infused rock with jazz, free improv and field recordings. The last 50 years saw him creating an oeuvre that is now being rediscovered by new generations, thanks to a batch of reissues on labels like Paradise of Bachelors and continuous exhilarating live performances. On his 2014 LP ‘Cantos de Lisboa’ Cooper collaborated with longtime fan and current guitar hero Steve Gunn.

Yes people, there’s an underground music scene in Toulouse and one of the best things coming out of it is an unknown duo named Nibul who can put down some of the most hypnotic, trance inducing drones that side of the border. Armed with a saxophone, loop station and some ramshackle Tibetan percussion they create a massive wall of sound that will make your head spin and bob at the same time. In other words; a perfect way to conclude the first day of the festival.

Manuel Göttsching is pretty much a living legend. The man behind krautrock pioneers Ashra Temple (with Klaus Schulze) and Ashra, is basically one of the founders of Kosmische Musik, post-Eno ambient and electronic music.

With his 1984 solo masterpiece ‘E2 - E4’ he created a 58 minute trip through icy synths, metallic percussion en spacey guitar solo’s. Göttsching geniusly combined the minimalism of composers like Terry Riley and Steve Reich with an irresistible groove. Thus the German musician — along with colleagues Kraftwerk — unknowingly inspired an avalanche of imitators on the other side of the Atlantic who would pioneer genres like house and techno.

‘E2 - E4’ came out on Klaus Schulzes label Inteam. It was hardly an instant succes but unexpectedly grew into an underground clubfavorite. Nightlife veteran clubbers- through remises by Carl Craig and Basic Channel - dug the chill out vibes of ‘E2-E4’. Iconic DJ Larry Levan used to play the complete record - up to three times in a row -during his legendary Paradise Garage-nights. Italian producers reworked it into rave classic and international dancehit ‘Sueno Latino’. And Derrick May did a remix of the complete record in 1992. In other words ‘E2-E4’ was and is a monumental record, one that changed lives and the general course of music history.

This year we celebrate the 35th birthday of ‘E2 - E4’, which just got reissued on CD and LP through the MG.ART imprint. And Manuel Göttsching will do a rare and exclusive performance of ‘E2-E4’ for the first time in Belgium at Eastern Daze III. You won’t wanna miss this.

There is nothing the fantastic Sahel Sounds label puts out that can’t be classified as essential listening, but we have an extra special place in our hearts for the record guitarist Fatou Seidi Ghali & vocalist Alamnou Akrouni put out just last year.

As Les Filles de Illighadad they play an ultra minimalistic form of desert blues; dreamy and laced with melancholy but at the same time tough and raw. There is quite an abundance of Tuareg guitar bands touring Europe these days, but the Niger based Les Filles are something quite different and wholly unique. This is their first time in Belgium and if they’re half as good as on record, they might very will be the highlight of this festival.

Sanskriti Shrestha is a descendant of a highly illustrious Nepalese family of professional musicians and regarded as as one of Nepal’s youngest leading tabla players. Playing since the age of 4 and currently residing in Oslo, she has developed into one of the most exciting percussionists of the moment. Fusing Eastern and Western music, incorporating the principles of free improvisation and experimenting with a non-traditional extended setup. For Eastern Daze III she will do a set on tabla tarang — a melodic percussion instrument that includes up to 16 tabla’s — supported by Indian lehara player Tejaswinee Kelkar on harmonium.

Sure, Waterloo has seen some major historic figures pass through it, but when all is said and done the most important one for us is easily Ernesto Gonzales. Nearly 10 years ago this Venezuelan wünderkid showed up in Belgium and started bombarding the local underground scene with music that was drenched in mescaline and attitude.

But it all started from a solo endeavor which is still firing on all cylinders; Bear Bones Lay Low. Under that moniker Gonzales mixes drunken and dubby exotica tunes with tropical psychedelia into unforgettable mindbenders. We’ll be seeing all of you on the dancefloor.

YZ is the Brussels based youngster Younes Zarhoni. Schooled as an Arabic sufi singer he is also a lover of the Brussels nightlife where the sounds of electro and acid rule supreme. His music moves between postmodern torch songs and the kind of Arab Bass sounds one can hear in cities like Beirut, Jerusalem and Caïro. He has a 10” coming out — his debut — on the great Lexi Disques label this Fall.

La Monte Young once confessed November’ to be the inspiration of his own magnus opus ‘The Well-Tuned Piano’. Written in 1959 by his friend composer Dennis Johnson, ‘November’ is a 5 to 6 hour composition that can safely be regarded as the first real piece of minimalism. Johnson unfortunately disappeared from the pages of music history to devote his life to the study of advanced math.

It wasn’t until musicologist Kyle Gann, who heard the piece on a well worn cassette tape in the mid nineties, was blown away by it that ‘November’ was saved from obscurity. He tracked down Johnson, who was by then battling dementia, and painstakingly reconstructed the piece together with him.

During Eastern Daze III ‘November’ will be performed by Stephane Ginsburgh, a pianist who’s renowned for performing avant-garde and modern classical works. Ginsburgh’s repertoire goes from Morton Feldman to Marcel Duchamp to Prokofiev and he’s also a frequent collaborator with Ictus. This will be a one of a kind performance that is the perfect ending to Eastern Daze III.